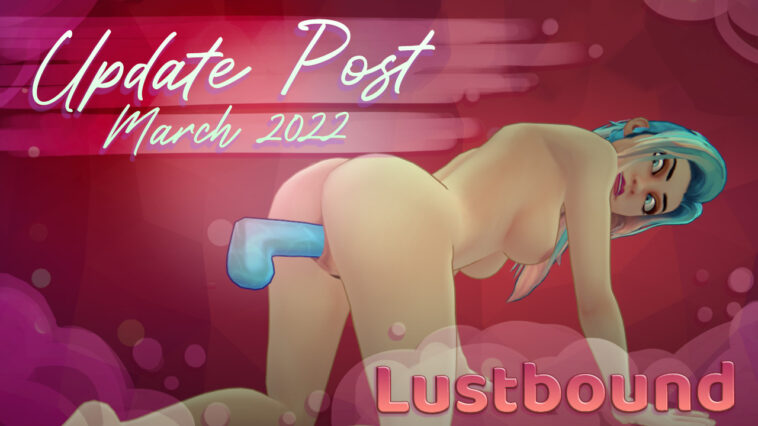 We’ve been steadily working our way towards the public release of the JOI demo, and we’re really happy with the fruits of our labor from this past month!

In our ongoing efforts to make Estelle feel more alive, we’ve yet again given her rendering technology some more love.

She has been upgraded to support vertex shader based physics! This means that on top of the standard bone based physics, her body parts and skin now jiggle more fluidly and independently from dynamic bones.

This adds a layer of realism over top of the character that we’re extremely excited to have achieved!

One of the most notable features is the new and improved camera system. We can finally show off Estelle from every possible tantalizing angle!

The camera system has two modes, automatic and manual.

Automatic is the default mode that Lustbound uses during most of the JOI interactions, requiring no direct action from you as the player. Each sex position has its own a set of predefined views which are automatically cycled through while playing the game and showcases each animation at the best possible angles.

Automatic mode also features a point of interest system, which zooms in and focuses on key areas such as the face, breasts or other naughty bits as dictated by the story sequence.

Manual, free camera mode is currently only available through the developer console, but it is fully implemented and ready to rock. You can freely rotate, move and zoom the camera around Estelle. This is perfect if you enjoy having full control when the curated views just aren’t close enough for your tastes, and you crave more of a sandbox type of experience.

All in all, we’re extremely happy with where it’s headed; and while we’re not calling it finished, it’s more than ready for the next tester build and most likely will be in the public release in its current form.

If we’ve ever had a skeleton in our closet, it could be said that it was the old reactions system.

While we lived with it in previous versions of Lustbound, it was never quite up to our standards. It was poorly coded, hard to expand upon and just plain not intuitive or fun to use as a developer.

We ripped out the old reactions system and rewrote it from scratch, replacing it with a vastly improved system that is fully modular and extremely flexible. You could even say it’s our dream system!

The most notable change is that reactions are now each created as their own individual asset, independent of dialogue sequences. These assets are given tags and conditions, which the game can evaluate on the fly to determine which reactions are the most relevant at any given time, and serve them dynamically to you.

This means less hard coded content, and more situational reactions which can be easily updated and expanded on.

Reactions no longer keep disappearing before you’ve had a chance to press on them. Reactions stay active on screen as long as they are valid, and can easily be tucked away or called back into view while playing. 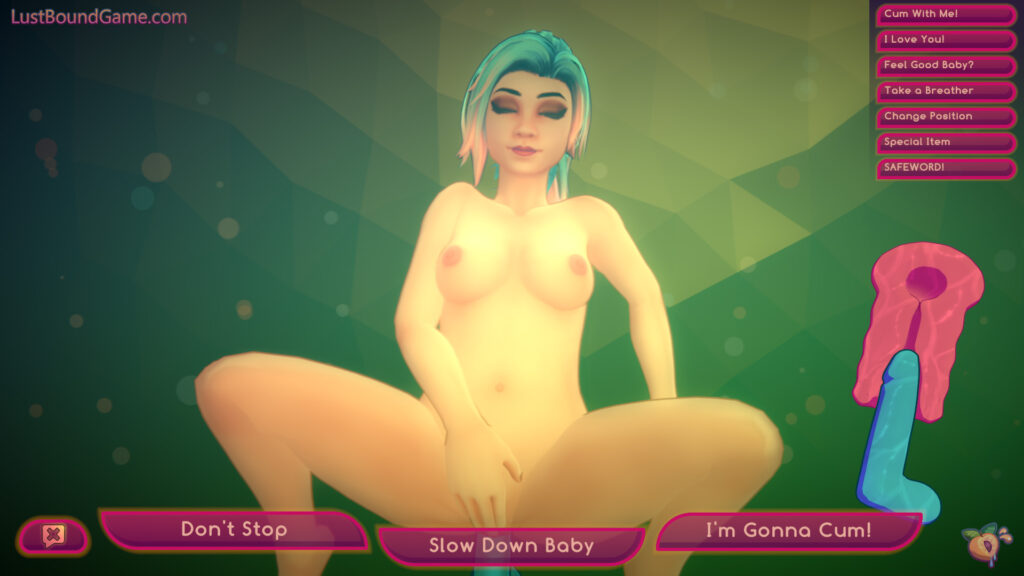 On top of this, we are no longer limited to three reactions at a time! The top three reactions are still shown at the bottom of the dialogue panel, but additional reactions present themselves within a console at the top right of your screen.

This opens the door to a more sandbox like experience eventually, giving you more simultaneous options such as “faster,” “change position,” “keep going just like that,” “safe word“ or even “I fucking love you Baby!” if the right situation presents itself.

Among many other general improvements to the JOI experience, the first time instructions are now only displayed once, making it easier for you to get back into a new session with as little friction as possible.

There is one final tidbit of info that some of you may find interesting. Our build process is now fully automated!

Due to the vast number of steps involved, preparing builds for release across multiple platforms typically would take half a day or longer, and also be extremely error prone.

Well that is now a thing of the past! With a single press of a button, all versions of the game are now automagically built, zipped up ready to be distributed; freeing us up to go work on other features, take a coffee break or get some exercise. A healthy dev is a happy dev 🙂

The most exciting part of this however, is the fact that this essentially allows us to build more often, releasing updates more frequently!

All of these new features along with those from the previous blog post will be sent out to our growing pool of testers in the coming weeks. We can’t wait to get your feedback!

The sound effects manager will control all of the stroking, sucking and fucking sounds, but also the moaning and vocal cues as well. Rather than hard coding this into the dialogue sequences, this system is designed to be dynamic and easy to expand upon much like our new Reactions system.