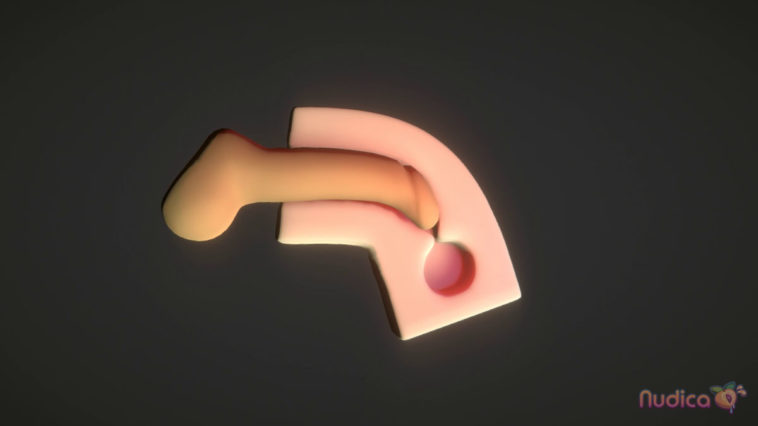 Firstly, we want to thank you all for the positive feedback and amazing ideas you’ve been sharing with us. We’re having an absolute blast creating the framework for Lustbound, and we couldn’t do it without you guys; so from the bottom of our hearts, thank you!

Robo put together a prototype for the X-ray system. We’ve been super excited for this feature ever since you guys started asking for X-rays!

Since most games that have attempted internal X-ray systems have either resorted to using 2D video overlays hacked on top of the gameplay, or community made mods; we figured it’s about time someone created a proper, fully featured and dynamic X-ray system!

Each orifice can accommodate different sized dicks or toys, so whatever custom instrument you end up giving your characters in Lustbound, you’ll get to see a perfect representation of it deep inside your waifu’s (or husbando’s ;3 ) waiting body!

Little something special for you

We know you’re all excited for an alpha build to be ready like yesterday; so we figured why not give you guys something to play with while you wait!

Work on the body and facial customization rig is still ongoing, and we want to be completely transparent with you guys; we’re running a little behind schedule for the alpha build mainly because of the character customization system.

Due to its complexity, we’ve had to rethink our first prototype character from the ground up and as a result have had to scrap some parts of the old system.

Since it’s the cornerstone of our game, we need to make it as solid as possible now, before moving on to the animation, clothing and accessories. Fortunately though, as we move forward it’s getting replaced by vastly improved artwork, functionality and code!

We already have a few artists in mind for working on costumes and such, so as soon as we finally defeat these technical challenges, it should be smooth sailing.

That’s not the only upside either. Instead of just making the female system initially, we’re basically creating the male character at the same time! Designing the base character to be able to accommodate both sexes was the main reason we went back to the drawing board.

(These bodies are just examples you can achieve through customisation! Textures are still placeholder and the final mesh will be much smoother)

We are handling this differently than other games have in the past (KK for example) by giving the chest and genitals their own separate customisation slots. So don’t worry, your males will look like actual men with their own unique bones and textures, and not just masculine female models with dicks slapped on top!

Using a single base mesh for both genders also lets us optimize clothing creation by sharing most items between all sexes, body shapes and sizes, giving the game a healthy variety of gender representation without any extra effort.

Want to have a thicc boy with some curves? Need your lady to have a big old dick and some muscles? Well it’s going to be possible with our system!

Pink has been making exciting advances on some important aspects of the rigging. The body now has deformation bones to smooth out joints such as the knees, elbows and crotch.

Making it our mission

We have very lofty goals for our system and its capabilities, and we’re 100% committed to making these goals become a reality! It will be a true thing of beauty when everything falls into place.

As you may have noticed, we ‘re trying to avoid cutting too many corners during development.
This of course means more development time, but a more polished and rich system in the end.

Thank you for sticking around and believing in us, you won’t regret it!