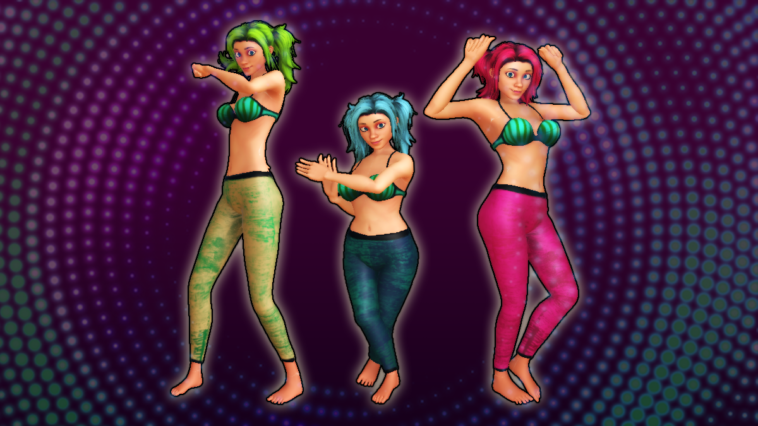 Before we start, a quick note. We’ve secured a dedicated domain for Lustbound! If you want to share our stuff, you can use LustboundGame.com which will always point to our most up to date game info.

Now on to the good stuff. No great wall of text this month, just a showcase of the important advancements made this past month. Our character system is really shaping up and starting to feel rather solid!

We’ve made great progress with the character rig this month. The issues we were running into on the previous version are getting crossed off one by one, and it’s starting to show!

Boobs now react to gravity! No matter what pose you are in, they will look as juicy as can be!
This is different from what you might be used to, as they don’t just jiggle because of movement, but are influenced by natural forces.

Pink has meticulously engineered the height adjustments. We wanted to make sure we got this just right, so the extra effort was definitely worth it!

With this finally figured out and in place, the rest of the customization is well on it’s way.

While reworking the mesh for the new body adjustments, we were also able to incorporate a few skinning tricks from Pixar into our own characters. Subtle but effective. We spent extra time polishing these areas because our game is meant to be enjoyed up close and personal, think POV, VR and similar close-up camera angles!

Additionally, we’ve been coding our own set of constraints that cooperate well with our existing IK and custom character rig. Twist bones are in, and more are on their way!

Imagine being able to move your waifus hips at your own pace and have her genitals meet up perfectly with your every movement without clipping, or grab the back of her head and thrust your own hips, while having her mouth never miss a drop!

Additionally, Robo has been working on the backend of the character maker to improve performance and make tweaking easier for Pinkalie. Can’t really show this off visually as the majority is code work, but it’s going to make our developer lives (and creating your waifus later) much more pleasant.

And now, our noses go back to the grind!