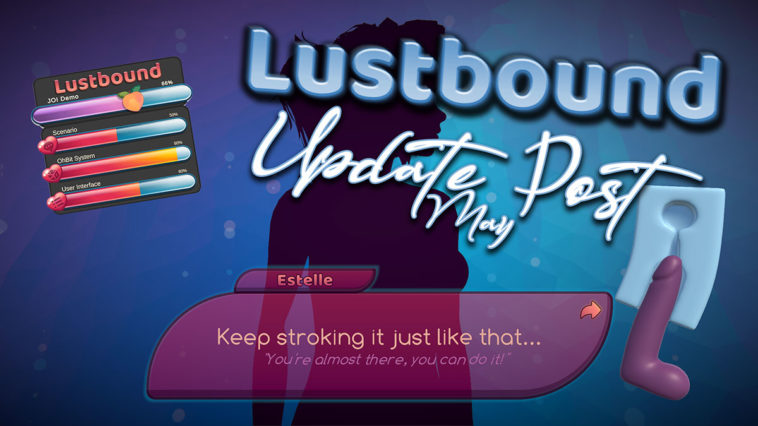 It’s that time again, so let’s jump right into it!

You may remember the beat meter we showcased last update. In case you don’t, this is the one:

After further testing, it wasn’t quite as satisfying to use while stroking as we thought it would be. It was missing something… then we remembered our x-ray demo, and thought… “wait a minute! We already have the perfect stroke visualization tool with all the bells and whistles we could ever want, and all we have to do is clean it up and drop it into the JOI system!“

So without further ado, here is the first version of…

Our stroke assistant is capable of an almost endless variety of patterns and rhythms which will be dynamically chosen by Estelle as she edges you to blissful release!

But like we mentioned, it’s only the first draft. Our goal is to make it as juicy as possible, by integrating it into the UI and swapping the Onahole / Fleshlight model for something a bit more pleasing.

We’ve been busy pushing our dialogue system to the limits. A massive amount of bug fixes, new and improved features and useful tools for working with OhBits have been added; moving us so close to the first complete 1.0 version of the OhBits system.

We may very well have just accidentally created one of the most advanced dialogue systems ever made! 🍑

While we did mention this a few times already, bringing the dialogue / OhBit system to a nearly complete and fully featured state, before getting too deep into other features, is an important thing we have to do now.

Think of the OhBit system as the glue that will hold all of the other systems and features together, so making it a priority right now is going to save us a lot of work and headaches later on.